Engine or Carriage: What Are You? – by Menaka Cooke | Advice For Living

Some years ago, I was talking to a young girl about drive and motivation.

I told her a small story to illustrate the difference between being successful in life or just hanging around. The analogy I used was that some people were like engines and others were like carriages.

What do you mean, she asked?

Well, some people are highly motivated and driven to get or do what they want in life – whether that be a great tennis player, a celebrated writer or a brilliant composer.

ENGINES were the people who huffed and puffed. They drove and sometimes pulled or were followed by a whole lot of carriages.  Just like a train journeying to a destination, sometimes engines laboured uphill or steadily chuffed over long distances.

CARRIAGES were people who followed the engine – they did what was expected of them in terms of their jobs, working to do enough to feed themselves and their families but not committed, motivated or equipped to strike out under their own steam towards a destination.

ENGINES, by virtue of their self-created momentum, often achieved soul-satisfying, personal aims in life that were bigger than the dreams of home, a family and security.

I asked her: Which would you like to be?

An engine, she decided. It sounds like hard work but you get to be in charge of your own and other people’s journeys and destinies, she said.  But how do I become an engine?

Am I in danger of being a carriage?

Well, being an engine or a carriage is not bad in itself. Whether you want to huff and puff and travel long distances under your own steam or you want to follow as a carriage along a given track is fine.

One is not better than the other.  As long as you lead a good and satisfying life doing things you are happy to be known for – as long as your values and your life are in sync – you will generally be satisfied.

Being a carriage can be very entertaining, enable you to find your ‘tribe' and afford you the opportunity to lose yourself in the magic created by people of enormous vision and talent.

It's the thrill of cheering with a crowd at a tennis match, reading a blockbuster novel the week it is released and being carried away by an orchestra's heady rendition of a symphony in a packed concert hall.

Also, remember that not all people who choose to be carriages are only observers or audience. They're also the people who manage and staff Wembley Stadium so the crowd can enjoy a great tennis match between worthy opponents, they're the film crew who bring a Director's vision to life by contributing their outstanding and highly sought after individual skills and talents which are ‘massaged' into a film which is the outcome of their combined efforts, they're the accomplished musician-performers who spend years practising their instrument and learning the skills of being part of a large musical ensemble capable of bringing extraordinary musical scores to life.

But I want to be an engine!

But I want to be an engine, she stated emphatically. But how do I know that I can be an engine?

Well, the key to being successful starts with understanding yourself, I said.  This means thinking about and working out why you do certain things – for personal satisfaction or because it was expected of you (by your parents, friends and society).

To start, she had to understand her own personality and her motivation about work, education, hobbies, life goals.

To gauge her personality, I asked her about what she was like as a person. Do you like to be with people? Are you sociable? Do you like spending hours talking to friends or do you like being in a room on your own working on your project for hours?

She mostly liked spending time with people but also liked to spend time on her own writing and working on hr own projects.  So, you are mostly extroverted, I said, though you have some introverted qualities.

To uncover motivation, we discussed schoolwork, homework, the games she liked to play, what she wanted to do when she grew up and also, how she knew these things.

Did she want to be rich, beautiful, famous, skilled or qualified as the best in her field?  Of course, she wanted to be all those things but was she willing to then put in the hard work and follow a path (a direction or strategy) to get there.  Yes, I am, she said.

Then we spoke about her beliefs and values.

I asked: Do you believe in people and their intrinsic goodness or do you think most people are stupid and don’t do what they are told?

Again, she pondered and said, mostly people are good but people like Harry and Ben are naughty and I don’t like them.  Why? Because they sometimes bully me and say rude things to me.  (A-ha, you have some values or deeply held beliefs which you use as a yardstick to judge the behaviour of other people.)

And so on we went, discussing whether she believes the information she receives from the world at large or whether she relies on her imagination or intuitive feelings.

(Much of the information in the preceding few paragraphs is part of the Myers-Briggs Type Indicator which is based on Carl Jung’s Typology of personalities.)

Her personality was changing and developing by the day, as were her goals and activities.

All this assessment and information was new to her but she loved the idea that she was different from others and that she could choose a path which led her to her own unique destiny.

Some months later we spoke of motivation again as her goals began to change from becoming a ballet dancer to becoming an actor.

Years later, they changed as she aspired to become a writer.

What was driving her?  How was her personality changing to suit her goals and beliefs?  Who were her heroes?  Had people complimented her on her work or a school project? Was she building on successes?  How would she respond to obstacles and setbacks in her journey to achieve those goals?   Did she have enough optimism to keep going towards her goals?  And how much was this new direction the result of her own personal initiative and drive and did she have the tenacity and commitment to keep going in the pursuit of these goals?

(Read Daniel Goleman, author of Emotional Intelligence, to learn more about motivation and its make-up.)

I believe that if you can understand and monitor your self-motivation, you can direct and hone many aspects of your life.

However, being able to pinpoint your motivation is not easy.  We may think we are motivated and committed to a certain goal but we may not be achieving or working towards it.  This is because our conscious goals may be affected by unconscious beliefs about ourselves.

We all know that a large part of each one of us is unconscious. Our past experiences, beliefs drummed into us by others (e.g. parents, teachers, people around us) affect our conscious thinking.

Seek clarity within regarding your motivation.

If this is hard, talk to a counsellor or coach to uncover the unconscious beliefs that are holding you back.  To then hone your motivation, you need to tell yourself the truth about the following in terms of your personality, your motivation and your values:

PERSONALITY: Where do I feel most comfortable? Do I like spending time with others or do I prefer my own company? Does working in a team turn me on or am I best to pursue goals on my own? How important is it for me to feel creative, entrepreneurial or organised?

Knowing how you operate in the world provides you with insights that can – when viewed in the context of possible goals – inform you about your likely strengths in undertaking the sorts of activities you are going to need to engage in to achieve them.

MOTIVATION: Why do I want to pursue the goal in life I have chosen?

Interrogate your motives and find what drives you.

VALUES: What is important to me in life? What are the standards of behaviour I hold dear? What is my ethics? Are there certain ‘lines' I cannot cross – what are they?

The easiest example I can think of when turning to the idea of values are those promulgated by America's Founding Fathers: life, liberty and the pursuit of happiness.

These are the big notions on which a nation is founded.

Rich individual lives are no different; discovering your baseline values will help you plan a strategy to reach your goals in a way that satisfies your soul's need for authenticity.

We need to ask ourselves these questions daily, weekly, monthly, yearly.

As we are motivated by external things (e.g. fame and riches) or internal things (such as being the most creative person ever).  And sometimes, our motivation may be a combination of external and internal things, depending on the time of life, our circumstances and what has become important to us.

So, back to engines and carriages.

Do you want to huff and puff and charge relentlessly in one direction or go effortlessly in the direction that comes along each day or year? One is not better than the other but knowing your PERSONALITY, MOTIVATION and VALUES will help you determine your choices.

Menaka Cooke has a coaching and counselling/therapy practice and also teaches at the College of Applied Psychology, Sydney NSW.  She holds a Masters of Commerce and a Masters of Psychotherapy & Counselling. Her previous roles were on corporate Management teams including VP of Human Resources and as a General Manager in the private and not-for-profit sectors. She also has a deep interest in group facilitation and leadership and management consulting.  She is currently writing a book on her experiences in corporate life. https://www.linkedin.com/in/menaka-cooke-b5046014/

14 thoughts on “Engine or Carriage: What Are You? – by Menaka Cooke” 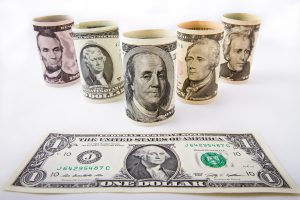 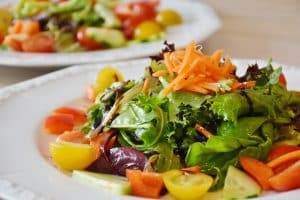 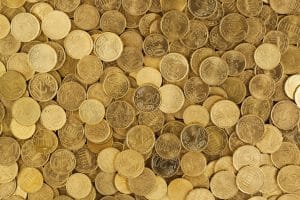 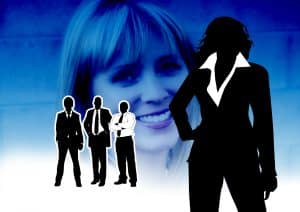 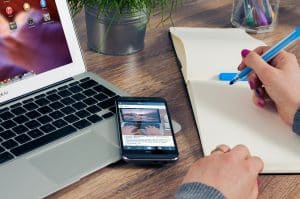 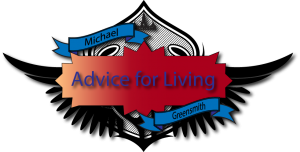